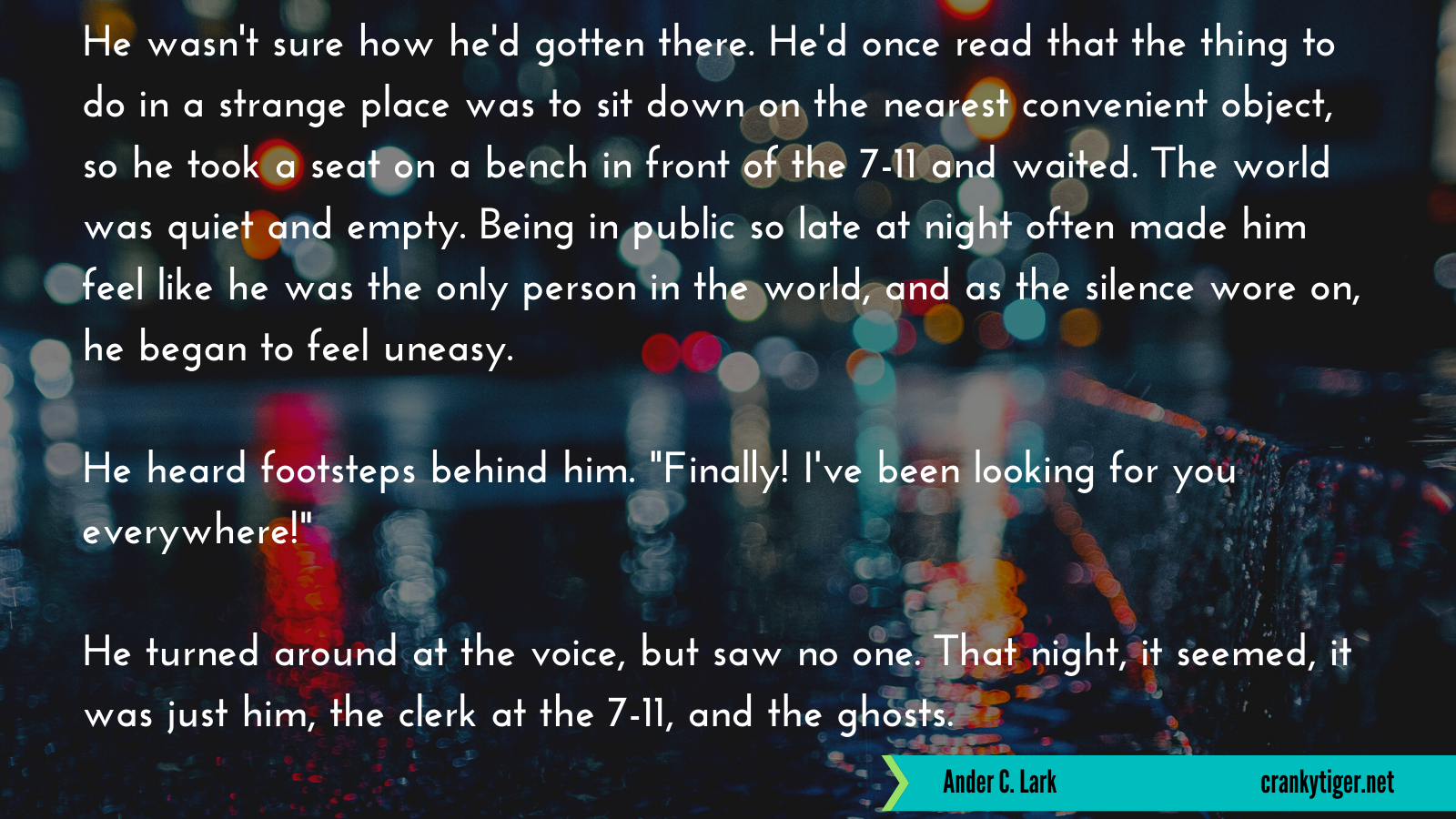 He wasn’t sure how he’d gotten there. He’d once read that the thing to do in a strange place was to sit down on the nearest convenient object, so he took a seat on a bench in front of the 7-11 and waited. The world was quiet and empty. Being in public so late at night often made him feel like he was the only person in the world, and as the silence wore on, he began to feel uneasy.

He heard footsteps behind him. “Finally! I’ve been looking for you everywhere!”

He turned around at the voice, but saw no one. That night, it seemed, it was just him, the clerk at the 7-11, and the ghosts.